Amanda began her competitive career in 1975. Those days she was located in Victoria where her event administration assistant roles began.

Whilst still currently an avid campdraft competitor, these days Amanda is a mum of 3 and grandmother of 1. Residing in Gulargambone NSW, Amanda and her husband Steve are kept busy working their trade cattle & cropping property.

In addition to business skills, Amanda brings diverse experience from competing in multiple associations including GCA, SCA & ACA. Some of the highlight achievements include her Junior and Lady GCA titles, Runner up SCA Lady rider title and placings at Paradise Lagoons and Warwick drafts.

A committee member of the Coonamble Rodeo & Campdraft for the past 15 years, Amanda is no stranger to organising large scale events within her local community.

ABCRA involvement began for Amanda in 1980 as a competitor. The Central West Board Director for 2019-20, Amanda is now delighted to represent her zone as ABCRA Councillor. Christine, her husband and two children have always had extensive involvement with horses and competition.

An ABCRA member since the 1980's, Christine is a former rodeo competitor and current campdraft competitor.

Christine brings to the Board an array of skills in business and publicity. These assets have been attained during her time as a licensed conveyancer, coupled with her involvement in various groups such as the Classic Ladies Foundation.

Dean, his wife Hayley and two children reside in the Hunter Valley region of Murrurundi.

Involved with the ABCRA since a very early age, Dean is a former saddle bronc competitor that now competes and judges at campdrafts nationwide.

Dean's 35-year involvement with the ABCRA as a competitor and official judge leaves him eager to ensure we honour the past while embracing change into the future.

As a stock and station agent & Auctioneer, it comes as no surprise Dean has an avid interest in working dogs. Kempsey based grazier Barry Lee has been an ABCRA member for the past 22 years. Barry and wife Gail have three children and seven grandchildren.

Barry's involvement with the Macleay Challenge Committee member has spanned an impressive 19 years.

Mid Nth Coast Zone President for 3 years, Barry was then the zone Board Director for 4 years and has now been appointed in the MNC ABCRA Councillor role.

Barry is an active competitor in the campdraft and challenge events.

When not participating in horse activity, Barry has a keen interest in classic cars. A member since age 8, Kristy Lee has been involved with campdrafting both as a competitor and Committee member.

Wife to Gerard and mum of young Cliffy, Kristy Lee manages her family farm operation in the NSW region of Woolbrook near Walcha.

Kristy-Lee enjoys the element of attending Campdrafts and rodeos spending quality time with friends and family, all while having fun on her horses. The growth and prosper of Rodeo and Campdrafts are the dominant goals for Kristy Lee within her councillor position.

Aside from equine activities, Kristy-Lee is a keen local sportsperson and enjoys waterskiing and travel. The Kelly family have had a long involvement with the ABCRA. Son of Bill Kelly life member, Peter has been a Board Director for a period of 12 years and now continues his engagement with the Association as Nth West Zone Councillor.

The grazier from Upper Horton NSW, Peter is a former World Champion saddle bronc rider and multi ABCRA Pick Up man of the year.

Actively still involved in both Rodeo and Campdraft as a competitor and committee member, Peter is a valuable asset to the Association. The former all Round NZ Rookie has had a strong association within the sport of rodeo for many years.

An ABCRA member of 15 years, Paul brings a unique perspective to the Association having competed in the roughstock and timed events in different countries.

Paul understands the requirements of both Committee operations and a Competitor perspective when conducting rodeo events.

A field supervisor for Western Power, Paul enjoys hunting and fishing in his spare time. 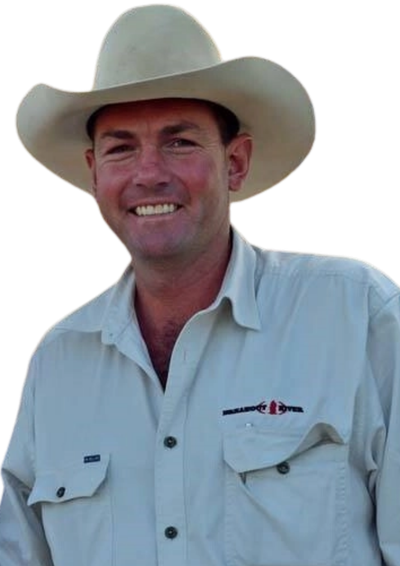 Glen is a livestock buyer residing in the NSW Cowra region with wife Hannah.

Pony Club saw the beginning of Glen's involvement in Campdrafting.

Since those early days, Glen has accumulated a number of prestige accolades within the sport including multiple ABCRA Rider/Horse titles and Landmark wins.

Glen is actively involved in a campdraft committee and has been a representative of the ABCRA campdraft MRC since 2019.